Plane, Train and Automobile: This Concept Car Transforms into All Three 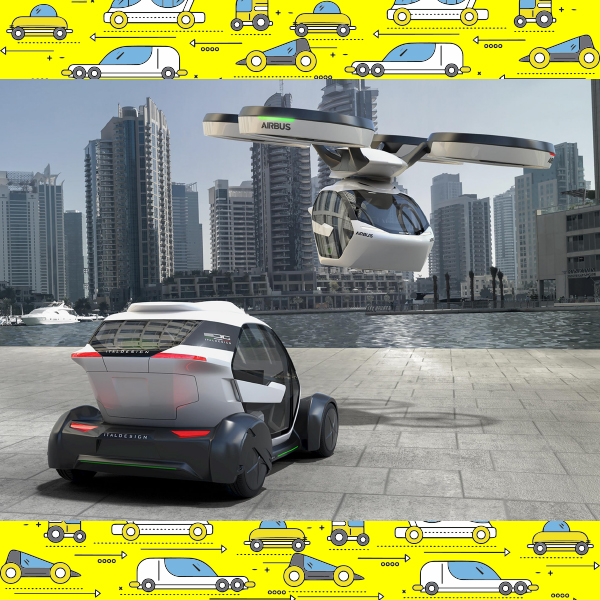 George Jetson can eat his heart out. A new flying-car concept can do more than just take to the skies. In fact, the futuristic vehicle takes more cues from “Transformers” than “The Jetsons” in imagining how humans might get around in the future.

This “multimodal transportation concept” is a passenger capsule that can transform into different modes of transit, by attaching to wheels for driving, connecting to propellers for flying or joining a train-like transit system such as the high-speed transit concept known as the Hyperloop.

The futuristic capsule was envisioned by aerospace company Airbus and design and engineering firm Italdesign. The companies say the Pop.Up could unite aerospace and automotive technologies for a new kind of urban mobility.

Airbus and Italdesign revealed their transforming-car concept recently at the Geneva International Motor Show, and described it as entering the “third dimension” of transportation systems.

“Today, automobiles are part of a much wider ecosystem: If you want to design the urban vehicle of the future, the traditional car cannot alone be the solution for megacities; you also have to think about sustainable and intelligent infrastructure, apps, integration, power systems, urban planning, social aspects, and so on,” Italdesign CEO Jörg Astalosch said in a statement. “In the next years, ground transportation will move to the next level — and from being shared, connected and autonomous, it will also go multimodal and moving into the third dimension.”

There are three layers to the Pop.Up concept system, according to Airbus. The passenger capsule is one layer, with its ability to be coupled with electrically propelled ground and air transport (such as a car base or a drone top). The capsule can also be linked to a public transit system (such as trains or a Hyperloop).

The Pop.Up is designed to run on an artificial-intelligence platform, the second layer, that can choose the best route — by ground or air — to the passenger’s destination. The capsule will then autonomously travel the selected route, according to Airbus.