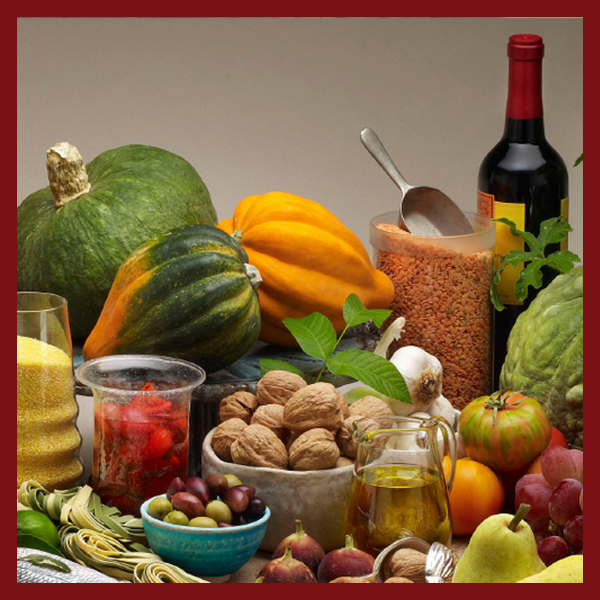 People who eat a diet rich in fish, fruits and vegetables but low in meat may lose fewer brain cells as they age, according to a new study.

In the study of 674 older adults, the researchers looked at whether the participants’ diets during the past year included the following nine components of the so-called Mediterranean diet: eating lots of vegetables, legumes, cereals, fish, fruits and nuts; consuming healthy monosaturated fats like olive oil but avoiding saturated fats; drinking moderate amounts of alcohol; and eating low amounts of meat and dairy products. The average age of the people in the study was 80.

The researchers scanned the participants’ brains, and found that those whose diets included at least five of these nine components had brain volumes that measured 13.11 milliliters larger on the scans, on average, compared with the brain volumes of the people whose diets included fewer than five components.
This difference in brain volume between the two groups is equivalent to the amount of shrinkage that happens over five years of aging, the researchers said.

“These results are exciting, as they raise the possibility that people may potentially prevent brain shrinking and the effects of aging on the brain simply by following a healthy diet,” study author Yian Gu, of Columbia University in New York, said in a statement.

When the researchers took a closer look at the relationship between brain shrinkage and the Mediterranean diet, they found that the diet’s protective effect was driven to the greatest extent by two components: eating more fish and eating less meat.

This finding suggests that “eating at least 3 to 5 ounces of fish weekly or eating no more than 3.5 ounces of meat daily may provide considerable protection against loss of brain cells equal to about three to four years of aging,” Gu said.

None of the people in the new study had dementia. The researchers noted, however, that greater amounts of brain shrinkage have been linked to a greater risk of cognitive decline.

The mechanism between the Mediterranean diet and a greater brain volume is not clear, but it may have something to do with the beneficial effects of nutrients present in the foods, the researchers said. For example, the omega-3 fats as well as vitamins B and D in fish have been shown to promote the growth of neurons and slow brain shrinkage.