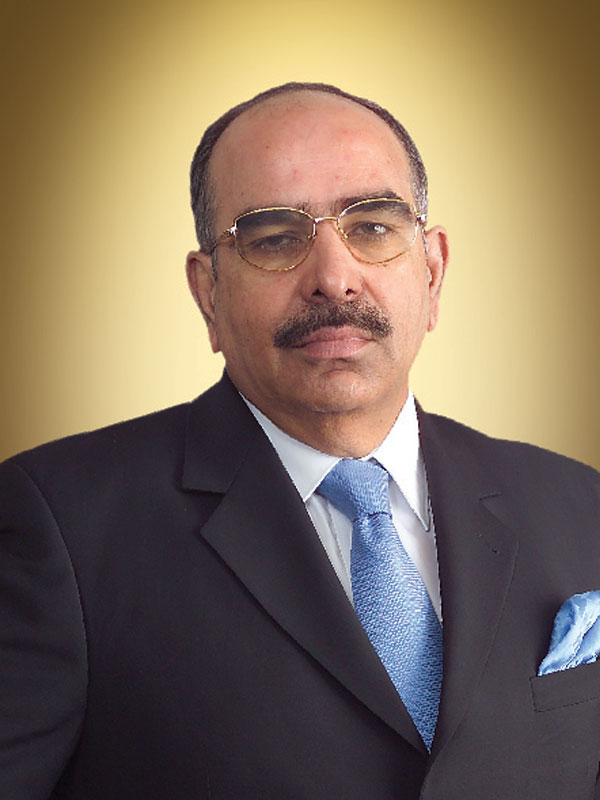 Malik Riaz is a name that has come up exceptionally well in the past decade for developing world-class communities the size of cities, which have the strongest infrastructure in the country and promise a lifestyle unparalleled by any other developer in Pakistan. Mr. Hussain has gained the nation’s trust at every step of his journey of becoming the iconic figure he is today. Not only has he exceeded his commitments in all his construction ventures but has also been there for the nation during times of need. He dreams of being remembered as a philanthropist rather than a real estate tycoon. The credit for Bahria Town’s exceptional success story goes to his clairvoyant vision, his commitment to deliver and the blessings of the Almighty.

Mr. Hussain was born in Sialkot to a middle-class family. After the collapse of his father’s business at age 19, he had to face struggles he was not akin to. In 1969 he jumpstarted his career with some borrowed money to start his contracting career with a small time military contract which laid the foundation of today’s success story; Bahria Town.

As of 1969 he had no assets to his name and was just making ends meet. Slowly and steadily his financial condition started to improve and from 1969 to May 1986 he kept entertaining small contracts and continued to multiply his earnings while religiously setting aside 2.5% for charity (zakat), as a friend of his had once advised.

In 1996 he arrived at the milestone of his career with the inception of Bahria Town in collaboration with the Bahria Foundation of Pakistan Navy but the Navy decided to exit the venture after two years and Mr. Hussain bought the navy’s half of the shares along with the rights to the name of the company as a private limited company. From there on Bahria Town sky-rocketed and today has the title of “Asia’s largest private real estate developer”.

To mention just a few of his philanthropic initiatives; he has provided fully constructed homes for free to the flood victims in the form of the Modern Village, he has established dozens of Dastarkhwan’s across the nation where more than 100,000 people get 2 free meals 365 days a year, in his charitable schools more than 10,000 children get free education, he has set up orphanage homes with complete boarding, lodging, and educational facilities as well as senior citizen homes for the underprivileged elderly Pakistani citizens. Bahria Town has provided free medical treatments to thousands of patients in the Bahria Town hospitals and also makes regular donations to charitable organizations like Shaukat Khanum Memorial, Al-Shifa Trust Edhi Foundation, SOS Village and much more. Also, Bahria Town has always been at the forefront to help the entire nation during times of natural calamities and catastrophic events.

Malik Riaz Hussain is truly a man larger than life. He has completely transformed the face of Pakistan’s real estate sector, which due to his efforts has been recognized as a progressive industry

The above said are the overt expressions of his character which are common knowledge for everybody. There are many more facts of his life which are hidden from the common public that is even nobler and praiseworthy, yet he desires to keep those between himself and ALLAH Almighty.

Best businessman of the year 2009