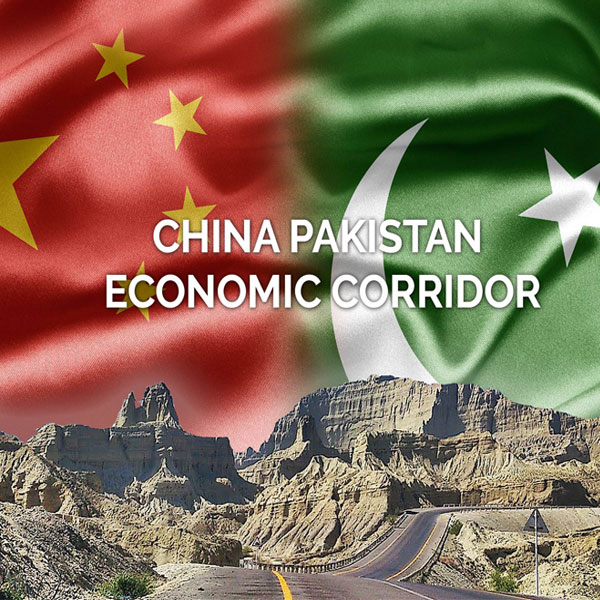 China holds the top slot in terms of FDI contribution to Pakistan, replacing the United States and the UK.

China-Pakistan economic corridor (CPEC) is a mega project of USD 45+ billion taking the bilateral relationship between Pakistan and China to new heights. The project is the beginning of a journey of the prosperity of Pakistan and China’s Xinjiang. The economic corridor is about 3000 Kilometers long consisting of highways, railways, and pipelines that will connect China’s Xinjiang province to rest of the world through Pakistan’s Gwadar port.

Foreign direct investment inflows into Pakistan have maintained a steady decline, from a $5.2bn peak in 2007-08, for a variety of reasons, but chiefly due to adverse security perception, political instability, and governance challenges.

But the further, more than one-third (38pc), slump in net FDI inflows for the first quarter of the current fiscal year surprised many who expected a ‘ratchet up’ impact due to the beginning of the China-Pakistan Economic Corridor, and the feel-good atmosphere brought about by the improved macroeconomic fundamentals created by government circles.

The State Bank of Pakistan reported foreign direct investment for first three months (July-September 2016) at $249.4m against $403.3m of the same period last year, down 38.2 pc. After adjusting for portfolio inflows and outflows, the total foreign investment in the first quarter of the current fiscal year was reported at $368.1m when compared with $793.2m of the same period last year, showing a further decline of 53.6 pc.

Pakistan’s economy has recovered somewhat over the last three years as is underscored by the improvements in the fundamental indicators and the International Monetary Fund’s parting note released earlier this month. Chances of a crisis revisiting the economy anytime soon appear minimal.

The economy is expanding — though at a much slower pace than is required to create enough jobs for over 2m people entering the market every year — and seems to have developed sufficient strength to even absorb the ‘shock’ of a potential surge in global oil prices in the near future.

The foreign exchange reserves have peaked to above $24bn, multilateral lenders are ready to dole out more money and international investors willing to buy government bonds — at least for the time being.

But the ‘recovery’ remains feeble and perched on extremely rickety foundations as suggested by the economic data available for the first quarter of the ongoing financial year to September.

The current account deficit, for example, has widened to 1.7pc of GDP to $1.36bn, up by 136pc from $579m or 0.8pc of GDP a year ago, on an increasing trade gap, falling remittances, and foreign private capital inflows, according to a media report.

In a significant development during October, the Hub Power Company indicated that it might reduce the commercial size of its imported coal power plant joint venture with China Power Hub Generation Company Limited from 2x660MW to 1x660MW.

Management cited delays in the Power Purchase Agreement (PPA) and Implementation Agreement (IA) signing with the government (which was to be inked by Oct 11, 2016) as reasons for potentially shelving the Unit-II.

The company has also intimated improving the ‘required commercial operations date’ (RCOD) as Hubco had been awaiting finalisation from government before execution.

According to company management, the government has differentiated the status of the two units with Unit-I being ‘early harvest’ in the list of CPEC Priority Projects, while Unit-II was ‘lower in the pecking order in the list’, hence exposing it to potential removal in order to achieve project closure by 2018-19. Unit-I of 1x660MW may achieve commercial operations by 2018-19.Until something concrete emerges, energy sector experts and investors in Hubco are keeping their fingers crossed

Tesla says it will roll out Uber-style ride services program

Tesla Motors Inc (TSLA.O) is planning to roll out a ride services program and will announce details next year, the luxury electric vehicle maker said on its website, a service first outlined by Chief Executive Elon Musk in his master plan in July.

News of the Tesla Network was in a disclaimer about the self-driving functionality on new Model S vehicles. Musk said Tesla is building new vehicles with the necessary hardware to eventually enable full autonomy, although the software is not yet ready.

“Please note that using a self-driving Tesla for car sharing and ride hailing for friends and family is fine, but doing so for revenue purposes will only be permissible on the Tesla Network, details of which will be released next year,” read the disclaimer.

Tesla did not immediately respond to a request for more detail.

Car makers have rushed to invest in so-called mobility services, hoping to capture the potential trillions of dollars in revenue from selling both vehicles and such on-demand services, while carving out a stake in the industry dominated by Uber UBER.UL.

Barclays analyst Brian Johnson wrote in a note to investors on Thursday that although a Tesla Network could “excite the market” over its potential earnings stream, it was a costly proposition.

“While we think ride-sharing/hailing is the future of mass-market mobility, we have some financial concerns with the idea of an OEM-owned fleet,” Johnson wrote.

Venture capitalists and corporate investors had poured nearly $28 billion into the ride services sector in the past decade as of June, according to a Reuter’s analysis.

General Motors has made the biggest bet, investing $500 million in Lyft in January. GM’s upcoming electric Chevrolet Bolt was designed expressly with car sharing in mind, executives have told Reuters.

Money-losing Tesla lacks the deep pockets of GM, and ride services companies like Uber and Lyft burn billions of dollars in price wars to secure regional dominance, as occurred with Uber in China before it ceded to local rival Didi Chuxing.

In his “Master Plan, Part Deux” in July, Musk outlined a system in which a Tesla owner could add a car to a shared Tesla fleet using a phone app, allowing it to “generate income for you” and lower the cost of ownership.

Musk said that in cities where car ownership is lower, Tesla would operate its own fleet.

Microsoft is investing $75 million globally over the next three years to increase access to computer science education for all youth, and especially for those from under-represented backgrounds. Cloud programmes, like Office 365, play a significant role in enhancing collaboration, creativity and critical thinking in the classroom

The inaugural ‘Microsoft Academic Day’ organised at the University of Azad Jammu and Kashmir in Muzaffarabad, is a celebration of the HEC and Microsoft commitment to delivering advanced trainings, boot-camps, state-of-the-art software packages to universities across the country. The HEC has taken a horde of ICT initiatives to provide advance services to the education and research communities at the higher education institutions in Pakistan, that include National Digital Library, Pakistan Education & Research Network (PERN), National Video Conferencing Network, Unified Communication, Access to Licensed Software, Higher Education Management Information System, and e-HEC Online Services.

As devices and technology become more accessible, and the capabilities grow, especially when the laptops (2-in-1) are being distributed by HEC under the Prime Minister’s Laptops Scheme, Microsoft will unlock the potential for all students to learn, closing the skills gap and empowering the students to achieve more.

The ‘Microsoft Academic Day’ included discussions on the Education Transformation Agreement between the two organisations, and its impact and role in the education landscape of Pakistan. Furthermore, Azure and Cloud, the latest technology trends in education, were also highlighted. Additionally, an insight into the ‘Imagine Cup’; next year’s engagement plan and past four year winners; a showcase on Office 365, discussion on the 250,000 plus users on the platform, it’s adoption relating to its usage in education; were also addressed on the occasion.